In which we are thrown out of a Walmart lot.

Less than four weeks to go now until we leave for the big journey. The end of my semester is approaching, with its requisite deadlines and procrastinated workload, so this may be the last time we do a sleepover test run in the Magnum.

On Saturday, we were in Central PA for our friend Tony's birthday, and since there are far more state parks out that way than there are closer to Philly, we decided we wanted to stay overnight. Unfortunately, all of their campgrounds aren't open until the second weekend of April, so we had to seek other options. Was it finally time to try boondocking in a Walmart parking lot?

Also unfortunate: neither of the York Walmarts allow overnight parking. But we decided to try and see what happened. Worst case scenario, they would just kick us out, right?

They did. After about two hours, at one in the morning, we heard a sharp rap on the window, and a mall cop told us to clear out. ("There's a Holiday Inn around the corner." Uh, yeah, not really the point.) I suppose she was alerted to our unconscious presence, despite the sun shades we use to block the windows, by the rivers of condensation on the panes. We finally found a spot in another strip mall where a few other cars and at least one truck were also boondocking, and slept undisturbed until daybreak.

We spent most of Easter Sunday at Gifford Pinchot. It's quite pretty. 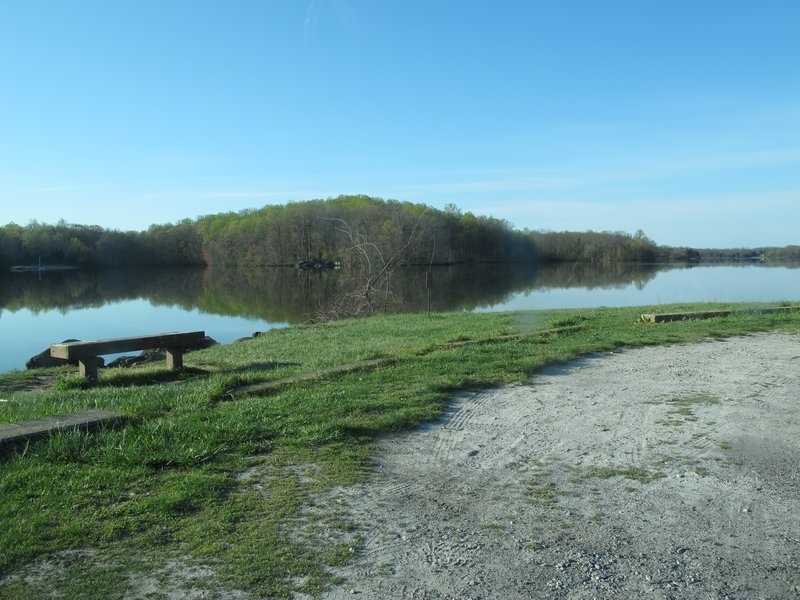 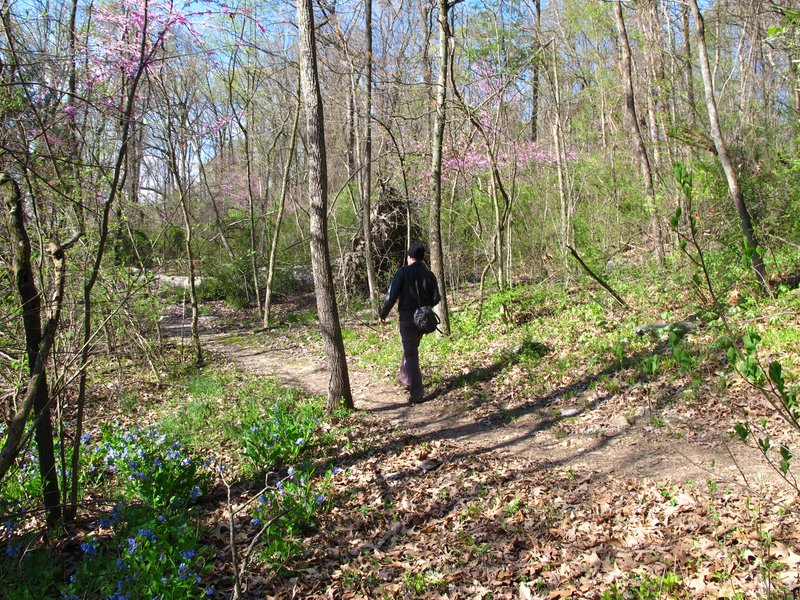 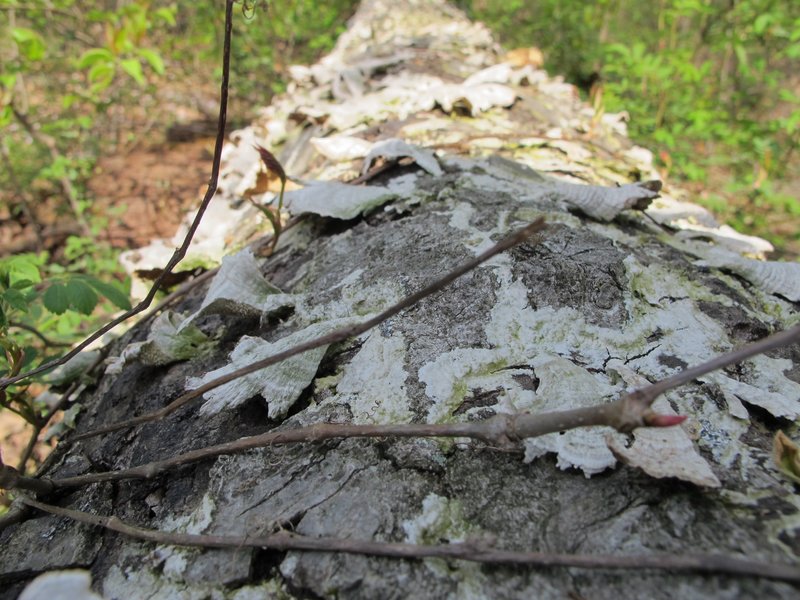 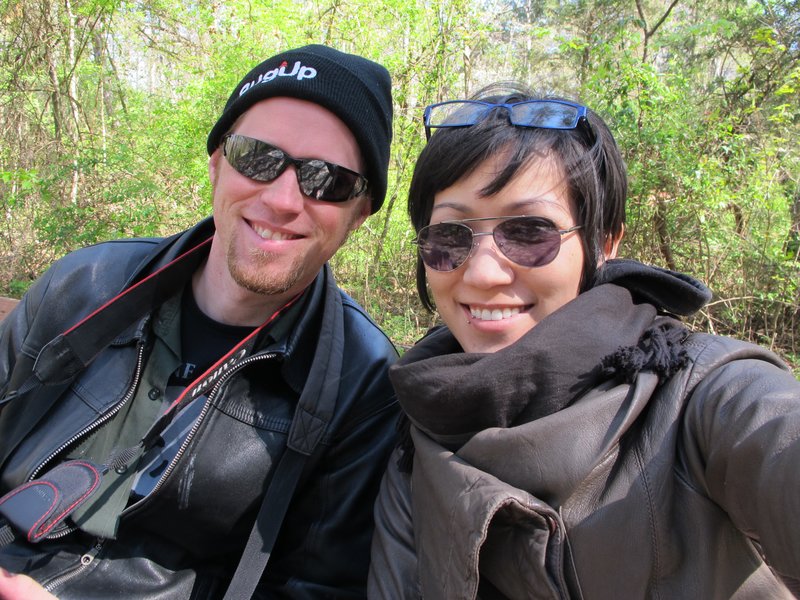 Other things we tested out: 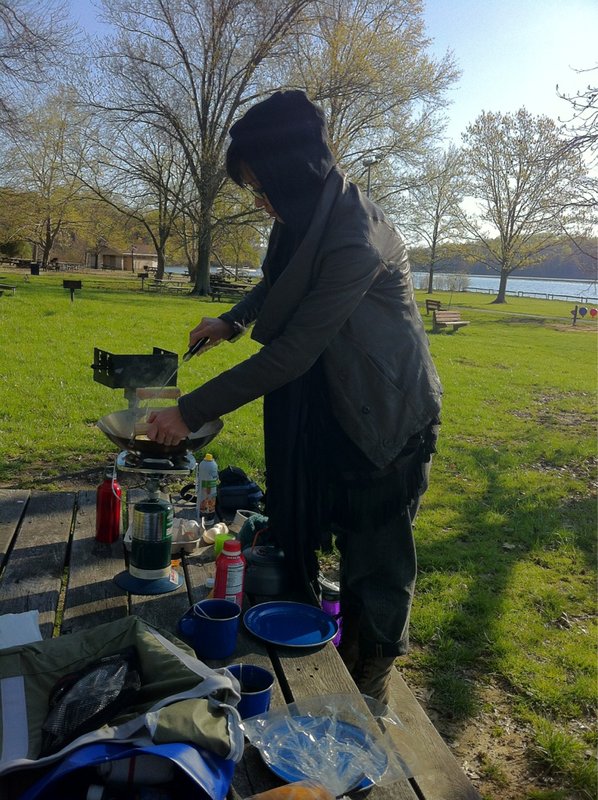 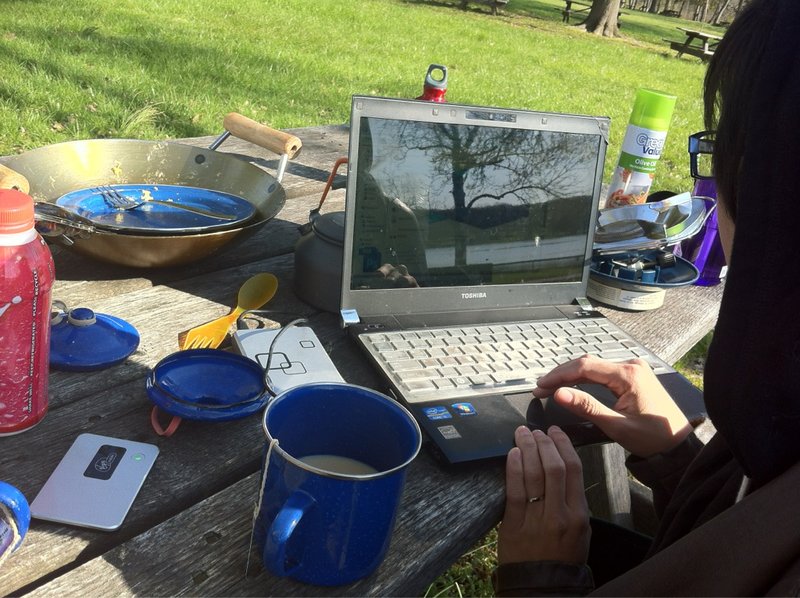 The MiFi wireless internet. Hooray, I can surf the web on my laptop in a forest.